In this sandbox, You are to make a military "fleet" with others, as well as land spacecraft on other planets to "spy" on others! 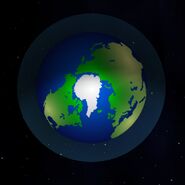 Add a photo to this gallery

You may have one flagship. It must contain at least 1 airlock, medical bay, control room, cargo bay, oxygen garden, space station hub, and explosive module. Other types of modules can be added too. You can also build smaller ships aswell. You can build up to ten other ships containing 4 modules the most. These smaller ships will also be recongnized as warships and must be near the flagship. You can land one seismometer or multi-module probe on planets too!. No more than that. You can also put 1 probe near someone else's flagship too! The probe must be 4 modules or less. It must also be no less than 30 units from the other player's flagship.

As mentioned in the instructions, you can build probes near flagships and planets! This shows all known probes and it's estimated location. Probe ownership is to be kept discreet. Probes can be destroyed ONLY If it holds a WEAPON. Also, to make this clear, probes and landed establishments can only be destroyed by explosive modules.

You can now make as many probes as you want as long as it is 1 per planet.

Armed probes can be destroyed if it poses a threat to your flagship.

Establishments on or near a planet can give you control of a planet.

MSS and STA are considered neutral areas and cannot be claimed by a player.