The Crystal Starliner was a cruise ship designed to be a sister ship to the Crystal Voyager.  It included a Pod for excursions, as well as an Orion III lifeboat.  The initial prototype model was constructed in September 2017.

Despite the solid design and construction found on every Centauri Spaceworks vessel, it was it never put into mass production.  However the cabin design with four hubs and two viewing cupolas lives on as a part of the Palm Tree Hotel. 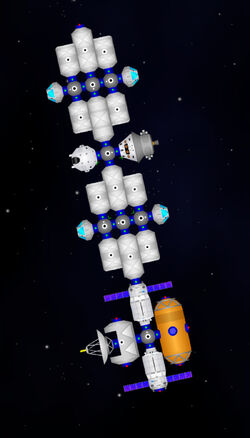 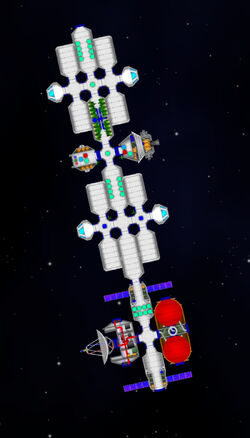 Retrieved from "https://spaceagency.fandom.com/wiki/User_blog:Angrycat9000/Crystal_Starliner?oldid=50699"
Community content is available under CC-BY-SA unless otherwise noted.