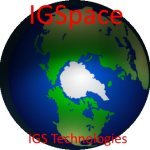 IGSpace is a User Space agency for Space Agency game.

IGSpace (Part of the IG Tech company) Is a national space agency that is good at all sorts of missions. Its main base of Operations (The NS1 station) Is large and is undergoing major changes and enhancements. IGSpace is also one of the lead developers of non-nuclear missiles and weapons. It has also signed the treaty to not use nuclear weapons. It was also a main side in the Battle for JOR.

Navicomp HQX is a work in progress command station, which is highly classified, though, one detail has been released to the public. While it is under construction, the station is guarded by one defense module (Orion SM + Explosive Module + Saturn V Payload Fairing + Crew Capsule Dockable) which has very low fuel.

IGSpace is the space agency of the Welsh IGS Islands and the founder of IG Tech is also the Prime Minister of IGS Islands.

Retrieved from "https://spaceagency.fandom.com/wiki/User:IGSpace?oldid=47554"
Community content is available under CC-BY-SA unless otherwise noted.