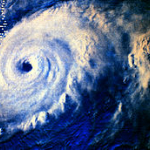 Hi, I'm the founder of Exposure Corp. I Specialize in small mobile stations or medium immobile ones. The Agency has taken many forms over the years, with the first version being founded in 2015. I also help with developing tech for larger agencies.

MISS: Hub for missions to LUN.

NOTE: Range for payload is based off of what the rocket is used for.

My cousin helped me design my logo

My name comes from the game Spooky's house of jumpscares, which was the first wiki I joined. in the game specimen 1 was a cardboard cutout that would spring out of walls.

Retrieved from "https://spaceagency.fandom.com/wiki/User:Aguywhocantgetpastspecimen1?oldid=59299"
Community content is available under CC-BY-SA unless otherwise noted.