View source
watch 01:36
We're Getting Mutants in the MCU - The Loop
Do you like this video?
Play Sound

Mission 7, named Top-Secret, is a "top-secret" mission, and the first mission that is military in nature. In this mission you must launch an Explosive Module, dock with an enemy satellite and then destroy it.

This is a top secret mission to be carried out on behalf of the military. An evil foreign power has launched a spy satellite which is deemed to be a threat to global peace. 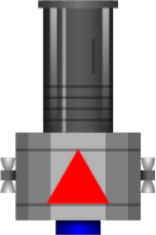 The military has decided to launch a secret mission to destroy this satellite. A special explosive payload has been added for this mission.

Community content is available under CC-BY-SA unless otherwise noted.
Advertisement