The CSgt Nuclear Generator is a one-ended medium-sized station part that generates 200 units of Power, of which it uses 6. 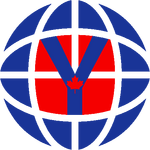 Retrieved from "https://spaceagency.fandom.com/wiki/CSgt_Nuclear_Generator?oldid=56443"
Community content is available under CC-BY-SA unless otherwise noted.